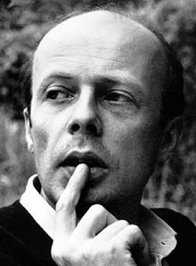 From 1968-1974 he studied medieval and modern history in Munich and Aix-en-Provence. In the '80s he worked as a screenwriter, for Kir Royal and Monaco Franze among others.

After spending the 1970s writing what he has characterized as “short unpublished prose pieces and longer un-produced screenplays”, Patrick Süskind was catapulted to fame in the 1980s by the monodrama Der Kontrabass [The Double Bass, 1981:], which became an instant success and a favourite of the German stage. In 1985 his status as literary wunderkind was confirmed with the publication of the novel Das Parfüm. Die Geschichte eines Mörders [Perfume. The Story of a Murderer:], which quickly topped the European best-seller list and eventually sold millions of copies worldwide.