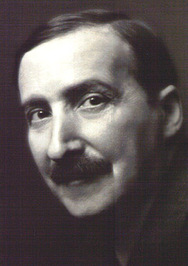 Stefan Zweig was one of the world's most famous writers during the 1920s and 1930s, especially in the U.S., South America, and Europe. He produced novels, plays, biographies, and journalist pieces. Among his most famous works are Beware of Pity, Letter from an Unknown Woman and Mary, Queen of Scotland and the Isles. He and his second wife committed suicide in 1942.

Zweig studied in Austria, France, and Germany before settling in Salzburg in 1913. In 1934, driven into exile by the Nazis, he emigrated to England and then, in 1940, to Brazil by way of New York. Finding only growing loneliness and disillusionment in their new surroundings, he and his second wife committed suicide.

Zweig's interest in psychology and the teachings of Sigmund Freud led to his most characteristic work, the subtle portrayal of character. Zweig's essays include studies of Honoré de Balzac, Charles Dickens, and Fyodor Dostoyevsky (Drei Meister, 1920; Three Masters) and of Friedrich Hlderlin, Heinrich von Kleist, and Friedrich Nietzsche (Der Kampf mit dem Dmon, 1925; Master Builders). He achieved popularity with Sternstunden der Menschheit (1928; The Tide of Fortune), five historical portraits in miniature. He wrote full-scale, intuitive rather than objective, biographies of the French statesman Joseph Fouché (1929), Mary Stuart (1935), and others. His stories include those in Verwirrung der Gefhle (1925; Conflicts). He also wrote a psychological novel, Ungeduld des Herzens (1938; Beware of Pity), and translated works of Charles Baudelaire, Paul Verlaine, and mile Verhaeren.

Most recently, his works provided the inspiration for 2014 film 'The Grand Budapest Hotel'.