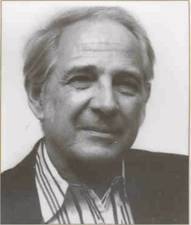 John Rogers Searle (born July 31, 1932 in Denver, Colorado) is an American philosopher and the Slusser Professor of Philosophy and Mills Professor of Philosophy of Mind and Language at the University of California, Berkeley (UC Berkeley). Widely noted for his contributions to the philosophy of language, philosophy of mind and social philosophy, he was the first tenured professor to join the Free Speech Movement at UC Berkeley. He received the Jean Nicod Prize in 2000, and the National Humanities Medal in 2004.