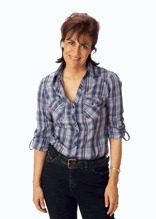 Anna was born in London to a Sri Lankan, Buddhist father and Irish, Catholic mother and grew up twenty miles away. After teaching English in two secondary schools in London, she ran a unit for teenage boys who were excluded from school and later did an MA in Writing For Children at Winchester University. She lives in London and has a grown-up son.

In 2006, she attended a gig for the charity, Reprieve.org at The Globe Theatre where she learnt children had also been abducted and rendered to Guantanamo Bay. This event was the inspiration for the critically acclaimed novel which has been translated into several languages and nominated for many awards, including shortlisting for The Costa Children’s Book Award.