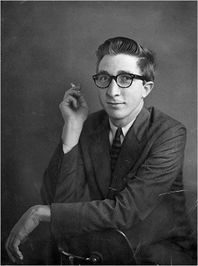 John Hoyer Updike was an American writer. Updike's most famous work is his Rabbit series (Rabbit, Run; Rabbit Redux; Rabbit Is Rich; Rabbit At Rest; and Rabbit Remembered). Rabbit is Rich and Rabbit at Rest both won Pulitzer Prizes for Updike. Describing his subject as "the American small town, Protestant middle class," Updike is well known for his careful craftsmanship and prolific writing, having published 22 novels and more than a dozen short story collections as well as poetry, literary criticism and children's books. Hundreds of his stories, reviews, and poems have appeared in The New Yorker since the 1950s. His works often explore sex, faith, and death, and their inter-relationships.