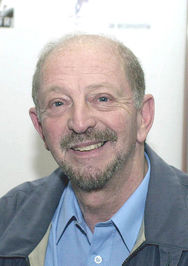 Moacyr Jaime Scliar (born March 23, 1937) is a Brazilian writer and physician.
Scliar is best known outside Brazil for his 1981 novel Max and the Cats (Max e os Felinos), the story of a young man who flees Berlin after he comes to the attention of the Nazis for having had an affair with a married woman. Making his way to Brazil, his ship sinks, and he finds himself alone in a dinghy with a jaguar who had been travelling in the hold.[1] The story of the jaguar and the boy was picked up by Yann Martel for his own book Life of Pi, winner of the 2002 Man Booker Prize, in which Pi is trapped in a lifeboat with a tiger