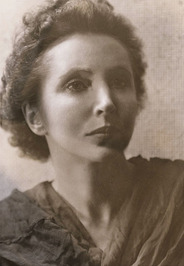 French-born novelist, passionate eroticist and short story writer, who gained international fame with her journals. Spanning the years from 1931 to 1974, they give an account of one woman's voyage of self-discovery. "It's all right for a woman to be, above all, human. I am a woman first of all." (from The Diary of Anaïs Nin, vol. I, 1966)

Anaïs Nin was largely ignored until the 1960s. Today she is regarded as one of the leading female writers of the 20th century and a source of inspiration for women challenging conventionally defined gender roles.