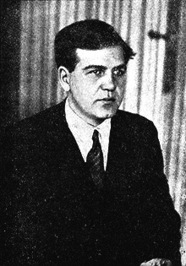 Emmanuel Bove, born in Paris as Emmanuel Bobovnikoff, died in his native city on Friday 13 July 1945, the night on which all of France prepared for the large-scale celebration of the first 'quatorze juillet' since World War II. He would probably have taken no part in the festivities. Bove was known as a man of few words, a shy and discreet observer. His novels and novellas were populated by awkward figures, 'losers' who were always penniless. In their banal environments, they were resigned to their hopeless fate. Bove's airy style and the humorous observations made sure that his distressing tales were modernist besides being depressing: not the style, but the themes matched the post-war atmosphere precisely.