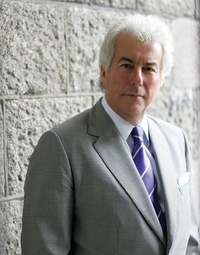 Ken Follett burst onto the book world in 1978 with Eye of the Needle, a taut and original thriller with a memorable woman character in the central role. The book won the Edgar award and became an outstanding film.

He went on to write four more bestselling thrillers: Triple; The Key to Rebecca; The Man from St Petersburg; and Lie Down with Lions.

He also wrote On Wings of Eagles, the true story of how two employees of Ross Perot were rescued from Iran during the revolution of 1979. This book was made into a miniseries.

He then surprised readers by radically changing course with The Pillars of the Earth, a novel about building a cathedral in the Middle Ages. Published in September 1989 to rave reviews, it was on the New York Times bestseller list for eighteen weeks. It also reached the No. 1 position on lists in Canada, Great Britain and Italy, and was on the German bestseller list for six years.