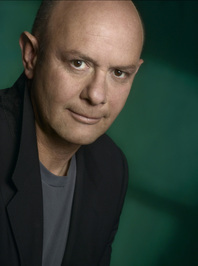 Nick Hornby is the author of the novels A Long Way Down, Slam, How to Be Good, High Fidelity, and About a Boy, and the memoir Fever Pitch. He is also the author of Songbook, a finalist for a National Book Critics Circle Award, Shakespeare Wrote for Money, and The Polysyllabic Spree, as well as the editor of the short-story collection Speaking with the Angel. He is a recipient of the American Academy of Arts and Letters’ E. M. Forster Award and the winner of the 2003 Orange Word International Writers’ London Award. Among his many other honors and awards, four of his titles have been named New York Times Notable Books. A film written by Hornby, An Education – shown at the Sundance Film Festival to great acclaim – was the lead movie at the 2009 Toronto Film Festival and distributed by Sony that fall. That same September, the author published his latest novel, Juliet, Naked to wide acclaim. Hornby lives in North London.