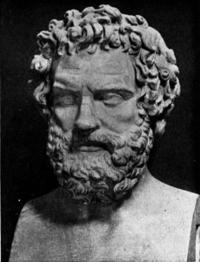 Sophocles (born c. 496 bc, Colonus, near Athens [Greece]—died 406, Athens), (Greek: Σοφοκλής; German editions: Sophokles, Russian: Софокл, French editions: Sophocle) was an ancient Greek tragedy playwright. Not many things are known about his life other than that he was wealthy, well educated and wrote about one hundred and twenty three plays (of which few are extant). One of his best known plays is 'Oedipus the King' (Oedipus Rex).