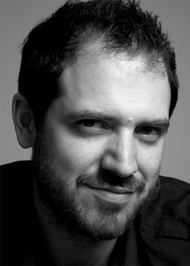 Joe Abercrombie was educated at Lancaster Royal Grammar School and Manchester University, where he studied psychology. He moved into television production before taking up a career as a freelance film editor. During a break between jobs he began writing The Blade Itself in 2002, completing it in 2004. It was published by Gollancz in 2006 and was followed by two other books in The First Law Trilogy, Before They Are Hanged and Last Argument of Kings. He currently lives and works in London with his wife and daughter. In early 2008 Joe Abercrombie was one of the contributors to the BBC Worlds of Fantasy series, alongside other contributors such as Michael Moorcock, Terry Pratchett and China Mieville.